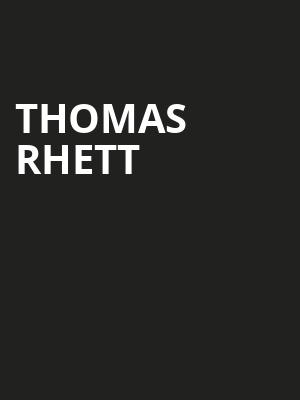 The next superstar of Country-pop!

bring the bar to you tour!

Georgia born country pop singer-songwriter Thomas Rhett is back on the road in 2022 for the Bring The Bar To You Tour which will see him visiting 30 cities! Joining him for the ride will be Parker McCollum and Connor Smith. Rhett will kick Bring The Bat To You tour off in June and go a whole four months on the road before closing in October! It's one mammoth tour you don't want to miss.

Born to the legendary country singer Rhett Akins, Thomas actually started out in the entertainment biz by helping out at his father's concerts on the drums. Luckily for us, that wasn't quite enough to contain his musical talents, and he began writing songs for Big Machine after dropping out of college. One such song happened to be a little-known ditty "I Ain't Ready to Quit" by one Jason Aldean, and the rest, as they say, is history.

We had a great time! All 3 performers performed theur hearts out! more

Thomas Rhett gets it. A Little more flash And dash than expected vut show... more

Sound good to you? Share this page on social media and let your friends know about Thomas Rhett at EJ Nutter Center.