Sorry! You missed Raiders of the Lost Ark in Concert at Mead Theater 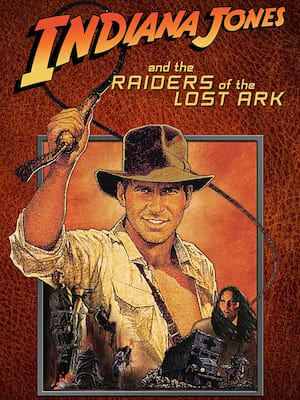 Raiders of the Lost Ark in Concert

Snakes. Why'd it have to be snakes?

Why See Raiders of the Lost Ark in Concert?

Grab your hats and leather jackets 'cos Indy's in town! Join the Houston Symphony as they present the maverick archeologist's iconic inaugural adventure in this swashbuckling concert. A thrilling cinematic masterpiece, 'Raiders follows wise-cracking, whip-cracking Indiana Jones on his quest to rescue the legendary Ark of the Covenant from the Nazis. Set to one of the most recognizable scores in celluloid history, what better way to experience the first in the trilogy than in this gigantic live to screen spectacular?

Starring Harrison Ford, John Rhys-Davies and Paul Freeman, Indy's journey takes him across continents and into some truly dangerous situations, including run-ins with friends, foes and a less-than-impressed former lover in Spielberg's awesome attempt to resurrect a good old fashioned adventure movie. So whether you're a hardened fan or introducing someone to the series, this is likely to be an evening like no other!

Sound good to you? Share this page on social media and let your friends know about Raiders of the Lost Ark in Concert at Mead Theater.